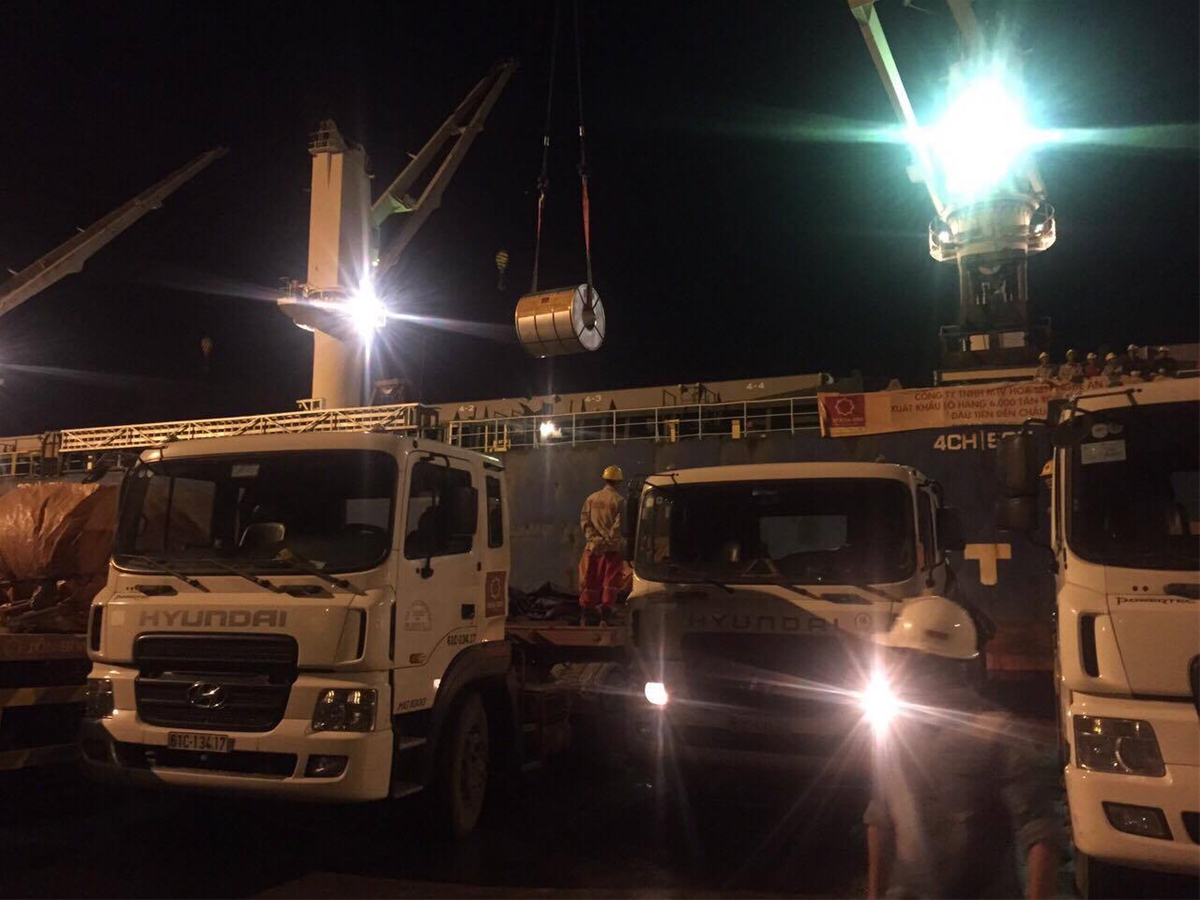 In September 2016, Hoa Sen Group continues to export 6,000 tons of finished galvanized steel sheets to Mexico. This is the first time a Vietnamese company has exported a large quantity of steel to Mexico market.

In the afternoon of September 11th, 2016, Mr. Phan Duy Quang - Acting Deputy General Director in charge of export of Hoa Sen Group said that Hoa Sen Groups is focusing on 6,000 tons of finished galvanized steel sheets on board export to Mexico. Accordingly, this large batch is loaded in the ship at Nghi Son Port (Tinh Gia District, Thanh Hoa) and expected to be shipped to Veracruz Port (Mexico) within three days.

Hoa Sen steel sheets being put on board to Mexico

"The shipment values at more than $ 4 million and this is the first time a Vietnamese company has produced steel sheets to export to Mexico in such large quantities. This will be the starting point for the development of the steel industry in Vietnam and export to other countries in the future "– According to Mr. Quang said

It is known, before that, by the end of February 2012, Hoa Sen Group was also the first Vietnamese company to export 20,000 tons of finished steel sheets to the U.S. market. These export activities of Hoa Sen Group strongly affirmed the quality of Hoa Sen Group's products and enhanced its position in the US market as well as in the world